A Roy Rogers in Franconia

"You just killed a man in front of me. I might as well know everything." ― Paige

A Roy Rogers in Franconia is the twelfth episode of Season Four of The Americans on FX, and the fifty-first episode overall.

As Paige deals with last episode's trauma, she sees her mother in a new light...and finds she has inherited some of her parents' skills. Plus, has Oleg reached his breaking point with Stan? 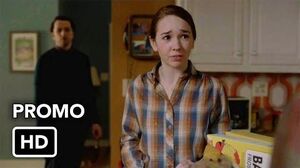 Retrieved from "https://theamericans.fandom.com/wiki/A_Roy_Rogers_in_Franconia?oldid=24916"
Community content is available under CC-BY-SA unless otherwise noted.