"Everything scares those two." ― Gabriel

Amber Waves is the season premiere of Season Five of The Americans on FX, and the fifty-third episode overall. It aired on March 7, 2017.

As Philip and Elizabeth struggle to contain the risks from Paige's growing relationship with Matthew Beeman, the Centre sends them on an operation unlike any they've ever had before, straining their family and marriage to its limits. 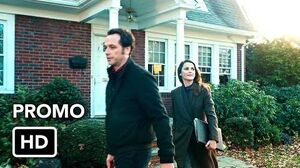