The americans Wiki
Register
Don't have an account?
Sign In
Advertisement
in: Season Four, Episodes, Images of Chloramphenicol

"Nobody sane would do this type of work." ― William Crandall

Chloramphenicol is the fourth episode of Season Four of The Americans on FX, and the forty-third episode overall.

A devastating flaw during a mission forces Philip, Elizabeth, William, and Gabriel to confront the depths of their patriotism...and their mortality. In Russia, in striving to be a better person, has Nina put her life on the line? 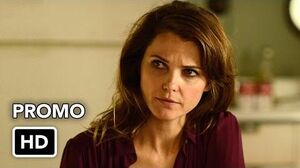