The americans Wiki
Register
Don't have an account?
Sign In
Advertisement
in: Season One, Episodes, Images of Covert War

"You're still new at this my dear. So much to learn." ― Claudia to Elizabeth

The CIA assassinates three KGB officials, including General Zhukov. Elizabeth decides to kill the CIA official who planned the operation. She abducts him with Philip's help, but ultimately lets him go. The newly promoted Nina is given access to the material obtained from the Weinberger bug. Martha surprises "Clark" by introducing him to her parents. 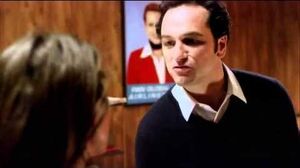