The americans Wiki
Register
Don't have an account?
Sign In
Advertisement
in: Season Five, Episodes, Images of Darkroom

"Are they monsters? I don't know. But what they did to their daughter I'd have to call monstrous." ― Pastor Tim's diary entry about Paige.

Darkroom is the tenth episode of Season Five of The Americans on FX, and the sixty-second episode overall.

Paige's snooping leads Philip and Elizabeth to make a choice that could shift the balance of their lives forever. Stan and Aderholt's recruitment of Sofia suddenly bears fruit. 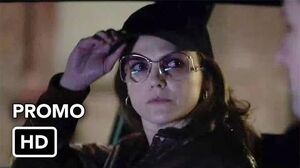