The americans Wiki
Register
Don't have an account?
Sign In
Advertisement
in: Season Three, Episodes, Images of Do Mail Robots Dream of Electric Sheep?

"That's what evil people tell themselves when they do evil things." ― Betty to Elizabeth

Do Mail Robots Dream of Electric Sheep? is the ninth episode of Season Three of The Americans on FX, and the thirty-fifth episode overall.

Philip and Elizabeth struggle with the gravity of unexpected collateral damage. 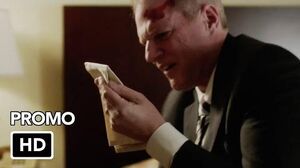