The americans Wiki
Register
Don't have an account?
Sign In
Advertisement
in: Season One, Episodes, Images of Duty and Honor

"I like to keep my wits when I'm handling snakes." ― Elizabeth to Claudia

Philip and Elizabeth's troubled marriage is further tested when a mission to discredit a Polish pro-democracy leader reunites Philip with his old flame. 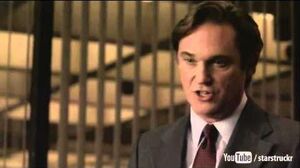