The americans Wiki
Register
Don't have an account?
Sign In
Advertisement
in: Season Five, Episodes, Images of Dyatkovo

"I know who you are, Natalie. I know you. You're good." ― John Granholm

Dyatkovo is the eleventh episode of Season Five of The Americans on FX, and the sixty-third episode overall.

A surprise assignment from the Centre divides Philip and Elizabeth, forcing them into a moment of profound crisis. Stan gives Henry a tour of the FBI, but will he see too much? 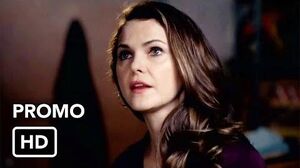