The americans Wiki
Register
Don't have an account?
Sign In
Advertisement
in: Season Two, Episodes, Season Finale, Images of Echo

"What we do it's for something greater than ourselves. Kate always said the work, the cause, that's what matters." ― Jared Connors

Echo is the final episode of Season Two, and the twenty-sixth episode overall.

Nina finds that her future is in Stan's hands. Meanwhile, Paige and Henry are moved to safety as their parents attempt to complete their assignment. 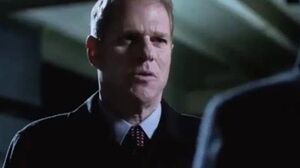