The americans Wiki
Register
Don't have an account?
Sign In
Advertisement
in: Episodes, Season One, Images of Gregory

Philip and Elizabeth discover Robert secretly had a wife and child. Meanwhile, the FBI learns from Nina that Robert was a Directorate-S operative. Both FBI and KGB start following Robert's wife, to try and determine what she knows. 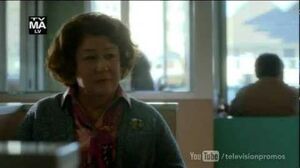