The americans Wiki
Register
Don't have an account?
Sign In
Advertisement
in: Episodes, Season Six, Images of Harvest

"You're going to have to make a decision, Paige. To commit to this work, or to get out. Because sometimes this is what we have to do. And it's not easy, and it doesn't always end well. And it's a commitment you have to make for life." ― Elizabeth

Harvest is the seventh episode of the final season of The Americans on FX, and the seventy-second episode overall.

Philip and Elizabeth come together for a perilous operation unlike any they’ve ever had before. Stan and Henry spend a little quality time together. 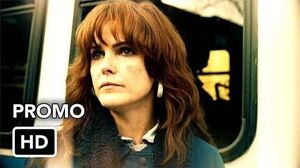