"I understand everything now, Gabriel. All of it. You can go. And please, don't come back again." ― Martha

IHOP is the ninth episode of Season Five of The Americans on FX, and the sixty-first episode overall.

Philip and Elizabeth are thrown off balance when things with Tuan take an unexpected turn. Meanwhile, Henry makes a startling proposition and Stan has a disturbing encounter with Frank Gaad's widow. 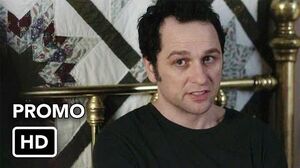 Retrieved from "https://theamericans.fandom.com/wiki/IHOP?oldid=25426"
Community content is available under CC-BY-SA unless otherwise noted.