The americans Wiki
Register
Don't have an account?
Sign In
Advertisement
in: Episodes, Season Six, Images of Jennings, Elizabeth

"And all of us want a better future, just like you. Peace. Food to eat. All the same things. Do you think it doesn't matter who our leader is? I'm telling you this is why I'm here." ― Oleg to Stan

Jennings, Elizabeth is the ninth episode of the final season of The Americans on FX, and the seventy-fourth episode overall.

Elizabeth wrestles with competing loyalties, and Philip has an encounter that turns into much more than he had bargained for. 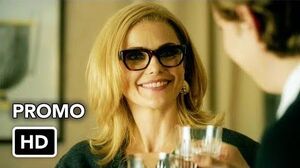