"Behind the Red Door"

Christine Toy Johnson
Linh Gaad is the widow of agent Frank Gaad. They met during his military service in Vietnam and have two sons together. In 1982, Frank tells Stan Beeman they have been married 17 years, "happily, for the most part."

They are on vacation in Thailand when Frank is killed running from KGB agents, but she is not present during the incident. ("Munchkins") She later tells a conflicted Stan Beeman that her husband would want revenge for his death. ("IHOP") 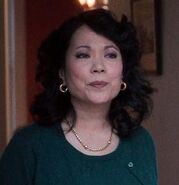 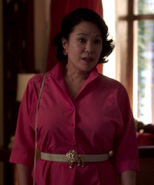