The americans Wiki
Register
Don't have an account?
Sign In
Advertisement
in: Episodes, Season Five, Images of Lotus 1-2-3

"It must be very hard, but if you love him, you must forget this. You cannot see him." ― Gabriel to Mischa

Lotus 1-2-3 is the fifth episode of Season Five of The Americans on FX, and the fifty-seventh episode overall.

Philip and Elizabeth receive surprising news about Henry, and shattering news about a past operation. Stan might be falling in love, but Philip wonders if something darker is going on. 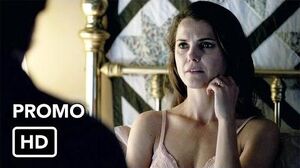