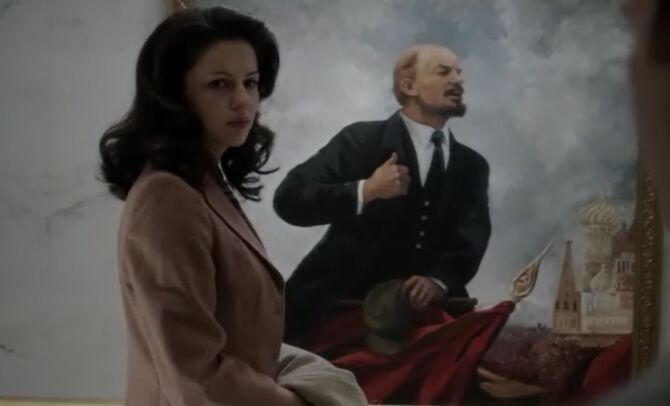 Nina was born in Vladivostok, Soviet Union, in the mid-1950s. As a young girl in the Soviet Union, she was a member of the "Young Pioneers." There, they gave the children Lenin pins, and Nina recalled being exceptionally proud of hers. Nina married a man named Boris and later aborted his child. Although he begged her not to leave, she joined the KGB and moved abroad to America for her first posting in Washington, D.C. Boris later told her it was a good thing that she left because his "world was too small" for her.

Add a photo to this gallery
Retrieved from "https://theamericans.fandom.com/wiki/Nina_Krilova?oldid=25528"
Community content is available under CC-BY-SA unless otherwise noted.