One Day in the Life of Anton Baklanov

"And you need to tell me something, Philip. Are you falling apart?" ― Gabriel

Philip and Elizabeth's home and work lives collide in new and dangerous ways. Nina struggles to figure out her next steps. Arkady assigns Oleg and Tatiana to an operation with uncertain potential. 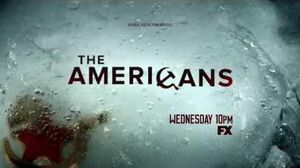 Retrieved from "https://theamericans.fandom.com/wiki/One_Day_in_the_Life_of_Anton_Baklanov?oldid=24960"
Community content is available under CC-BY-SA unless otherwise noted.