"He's always done everything he said he'd do. That's who he is." ― Elizabeth about Gregory

After Amador's murder the FBI begins a massive manhunt for the killer. When they start closing in on Gregory, the KGB decides to send him to Moscow. Despite Elizabeth's best efforts he refuses to go, even if it means his life. 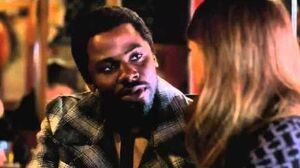 Retrieved from "https://theamericans.fandom.com/wiki/Only_You?oldid=25397"
Community content is available under CC-BY-SA unless otherwise noted.