The americans Wiki
Register
Don't have an account?
Sign In
in: Characters, Season 5 Characters, Males,
and 5 more

Zack Gafin
Pavel "Pasha" Alekseyevich Morozov (Russian: Павел Александрович Морозов) is a Russian immigrant and only child of Alexei Morozov, who works with the US Department of Agriculture, and his wife Evgheniya. The Jennings, disguised as Brad and Dee Eckert, along with their adopted son Tuan, befriend the family in order to find out more about about an alleged plan to sabotage the food supply to the USSR.

Tuan befriends Pasha, who repeatedly expresses how unhappy he is in the US. Tuan ultimately suggests that he fake suicide. This ends up going terribly wrong and Pasha is admitted to the hospital. When he survives, he and his mother return home to Moscow. 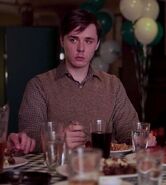 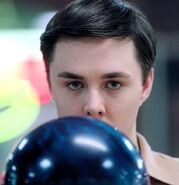