The americans Wiki
Register
Don't have an account?
Sign In
Advertisement
in: Males, Americans, Season 2 Characters,
and 9 more 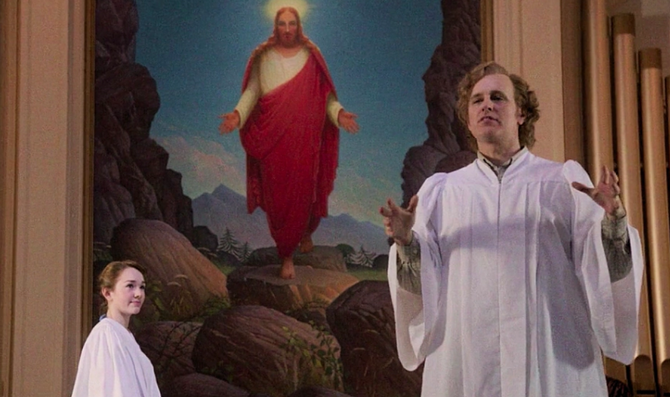 Okay, so I’m not super religious and therefore have zero frame of reference for what is and isn’t considered “normal” behavior towards one’s flock, but Pastor Tim’s relationship with Paige seems wildly inappropriate to me. Grooming vibes aside, is it normal for a pastor to be that involved in a kid’s life (to the point that she’s spending—or attempting to spend—the night at their house)? I get that a church or presbytery (if that’s the correct term) are a safe haven and all that, but the whole thing just seems incredibly over the line to me. Am I misunderstanding something?

Yeah same I guess, especially with the parallels with Kimmy.

In the end, it never was anything but a wholesome(?) relationship.

Through a contemporary lens, we now know the potential for abuse to occur in a situation like that and in film/TV, any inclusions are purposeful, so I do think that the plot is designed to make us feel uneasy.

You see that's the thing. While watching the show and the relationship between Paige and Pastor Tim, I had to fight my own cynicism in thinking that something was a little off. I was sure that he would make a pass at her or something, and it would be cause to resolve the conflict in some way, but I was wrong.

All credit to the writers, who no doubt used that perceived tension to develop his arc.

One poignant aspect of the Paige/Pastor Tim relationship is that the 1980s setting was before the shocking priest sexual abuse stories started coming out. The idea of ​​a pastor having a deeper, trusting relationship with a teenager was not loaded down with fears of hidden "grooming" or sexual attraction. I was not very religious as a teenager, so I had no experience with it, but some of my friends had very close relationships to their pastor and told them things they didn't share with many other people. Boy Scout Leaders Were Trusted Too.

And I agree -- the writers did well not to taint that friendship with any of that stuff. The Pastor Tim character was a composite character representing the religious Left of the 1980s -- clergymen who were protesting nuclear weapons and our Central America policy. 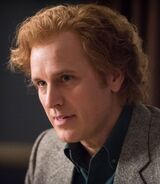