The americans Wiki
Register
Don't have an account?
Sign In
Advertisement
in: Season One, Series Premiere, Season Premiere, Images of Pilot

Pilot is the first episode of Season One of The Americans on FX, and the premiere episode of the entire series.

Philip and Elizabeth Jennings are two seemingly normal Americans who are really undercover KGB agents. After kidnapping a Soviet defector they discover their new neighbor is an FBI agent assigned to their case. 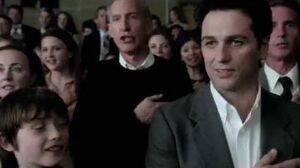