The americans Wiki
Register
Don't have an account?
Sign In
Advertisement
in: Season Three, Episodes, Images of Salang Pass

"I think your defector isn't a defector." ― Stan about Zinaida

Salang Pass is the fifth episode of Season Three of The Americans on FX, and the thirty-first episode overall.

Philip juggles the many women in his life; Elizabeth takes drastic measures to complete a mission. 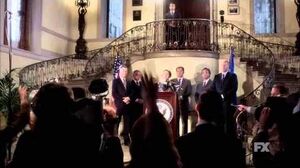