The americans Wiki
Register
Don't have an account?
Sign In
Advertisement
in: Season Three, Episodes, Images of Stingers

One Day in the Life of Anton Baklanov

"Paige your father and I, we...we were born in a different country." ― Elizabeth and Philip

Stingers is the tenth episode of Season Three of The Americans on FX, and the thirty-sixth episode overall.

Philip and Elizabeth deploy a plan for the C.I.A.'s Mujahideen visitors. Tensions at the Jennings' home escalate. 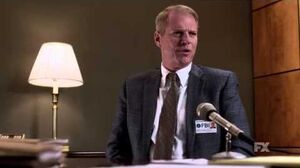