The americans Wiki
Register
Don't have an account?
Sign In
Advertisement
in: Episodes, Season Six, Images of Tchaikovsky

"I can't tell you how much better I feel just dealing with murderers, drug dealers, and corrupt politicians." ― Stan

Tchaikovsky is the second episode of the final season of The Americans on FX, and the sixty-seventh episode overall.

Elizabeth targets an old source who could tip the balance of the upcoming summit, as Philip deals with business at the travel agency. Stan learns an old friend is back in town. 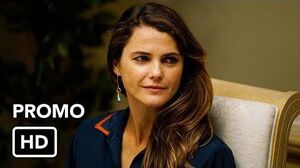