The americans Wiki
Register
Don't have an account?
Sign In
Advertisement
in: Season One, Season Finale, Episodes, Images of The Colonel

"That's what we always say right before our people die for nothing. The next thing we always say is, it was so obvious." ― Claudia to Arkady

The Colonel is the season finale of Season One of The Americans on FX, and the thirteenth episode overall.

When Philip and Elizabeth are ordered to go through with a meeting that could potentially be a set-up, they find themselves confronted with unexpected truths about their relationship. Stan's investigation puts him and the FBI even closer to the Jennings. 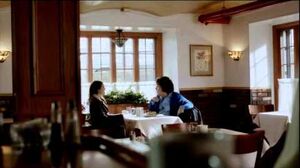