The americans Wiki
Register
Don't have an account?
Sign In
Advertisement
in: Season Four, Episodes, Images of The Day After

The Magic of David Copperfield V: The Statue of Liberty Disappears

"What if this time, this one time, we don't report back?" ― Philip

The Day After is the ninth episode of Season Four of The Americans on FX, and the forty-eighth episode overall.

The Day After premieres, making the stakes – and terrible consequences – of the Cold War plain. Even with that in mind, will Elizabeth be able to complete the painful process of the “Patty” operation? 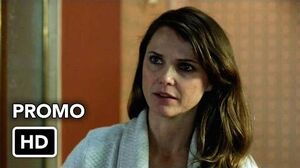