The americans Wiki
Register
Don't have an account?
Sign In
Advertisement
in: Season Two, Episodes, Images of The Deal

Behind the Red Door

"You're a monster! You're not a man! Whatever you once were, whoever you were, they trained it out of you!" ― Baklanov to Philip

The Deal is the fifth episode of Season Two of The Americans on FX, and the eighteenth episode overall.

Philip and Elizabeth are finally assigned a new handler as Philip works to clean up the mess of the last operation and Elizabeth, in disguise as Clark's sister Jennifer, does her best to smooth things over with Martha. As Stan searches for a missing scientist, Oleg and Arkady continue to argue over how best to handle the situation on their side, leaving Nina once again caught between the FBI and KGB. 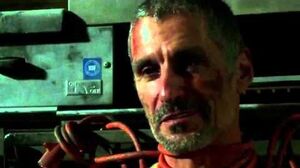