The americans Wiki
Register
Don't have an account?
Sign In
Advertisement
in: Episodes, Season Six, Images of The Great Patriotic War

"Promised we'd keep them safe. Now they're killed, in front of their own kid." ― Stan

The Great Patriotic War is the fifth episode of the final season of The Americans on FX, and the seventieth episode overall.

As the summit fast approaches, Elizabeth enlists Philip's help for a mission that could yield game-changing intel. 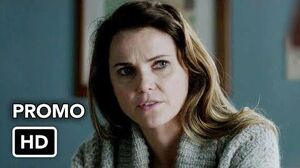