The americans Wiki
Register
Don't have an account?
Sign In
Advertisement
in: Season Two, Episodes, Images of The Walk In

"I'd want him to know the truth. Who we are, and where we come from. What we do." ― Leanne to Elizabeth

The Walk In is the third episode of Season Two of The Americans on FX, and the sixteenth episode overall. 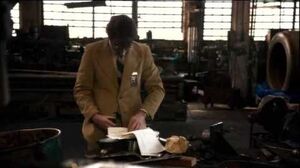