The americans Wiki
Register
Don't have an account?
Sign In
Advertisement
in: Season Four, Episodes, Images of Travel Agents

The Magic of David Copperfield V: The Statue of Liberty Disappears

"I’m in charge of FBI counterintelligence, and my secretary married a KGB officer." ― Agent Gaad

Travel Agents is the seventh episode of Season Four of The Americans on FX, and the forty-sixth episode overall.

The KGB and the FBI both race to track down a vital agent...everything is at stake. 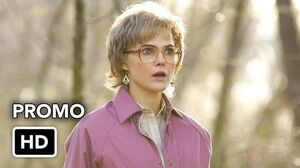